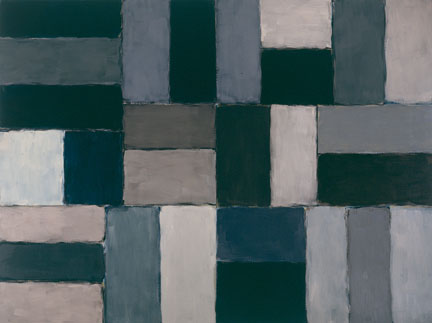 SPARC recently responded to the Health and Sport Committee’s call for responses to contribute to their current inquiry into healthcare provision in Scotland.

In general, the move from SPS healthcare provision to the NHS has been a positive development as it moves Scotland towards a vision of the person imprisoned as a full and equal member of Scottish society, with the same rights to care as anyone else. However, evidence to date suggests that in practice this commitment has not been realised. Here we refer to the Royal College of Nursing Scotland’s comprehensive review of this transfer Five Years On (2016). We are sure the Committee is fully aware of this report but we wish to be added to the voices of those seeking for its powerful findings to be taken into account. We find its method and approach robust in flagging up key issues in provision of health and social care for those in prison.

The key pressures this report identifies, and which is consistent with our own experiences and awareness of the research relate to:

Staffing and other resource issues likely play into this, but we challenge those concerned with the health and social care of those in prison to prioritise explaining, resolving and providing closure to families of people who die in state custody.

We are not aware of national reporting on prison healthcare and would welcome some mechanism for this. However, we also worry about the emphasis in the RCN report on inadequate assessment of health needs. While we welcome better understanding of these needs, it is important to set this in the context of extensive, almost relentless and often dehumanising assessment processes in prison where people are regularly required to recount multiple times issues of deep personal concern such as personal traumas, drug and alcohol issues, literacy issues, abuse issues and more. We urge a focus on care, prevention and positive, supportive relationships with professionals over endless inquiries (often in front of multiple strangers) in order to achieve perfect recordkeeping.

Health inequalities cannot be addressed effectively when health is viewed as a factor in reduced offending: The new NHS model of prison healthcare has sometimes been presented and justified as an improved form of medical provision primarily because it will help with reducing reoffending[1]. This directly undermines an agenda of reducing health inequalities because it implicitly values NHS provision in prison mainly in terms of its contribution to crime reduction. Healthcare, whether in prison or anywhere else, should be discussed only in terms of treating people who are in need, supporting citizens and improving health and wellbeing in Scotland in general. Prison healthcare should be motivated by the same ethos and vision as the recent National Clinical Strategy for Scotland which stated that: ‘Quality must be the primary concern – all developments should seek to ensure that there is enhancement of patient safety, clinical effectiveness and a person-centred approach to care’[2]. A key challenge to rectifying health inequalities, therefore, is the dominant ethos of the prison system in which all services delivered in this setting are assessed instrumentally in terms of reoffending outcome measures.

Health inequalities cannot be effectively addressed without recognising the harms of prison itself: Prisons, no matter how well they are run or designed, are innately damaging. Reviews of research suggest that time in prison is itself damaging to cognitive function[3]. Research on Scotland by Prof Lesley Graham has further established that those who are in prison have higher mortality rates, of two to more nearly six times higher, than those in the general population, even when controlling for social deprivation[4]. Such work establishes, unsurprisingly, that confinement of human beings is deeply damaging, and this damage should be carefully considered. A discourse has emerged of talking about people in prison as having lower cognitive function, greater health needs, more chaotic lives and so on; and while this may have some evidential support, it diminishes those in prison as a damaged ‘them’ and obscures the extent to which being in prison itself is a health risk and a mortality risk.

Importantly, this risk to health and wellbeing extend beyond the person in custody.  Drawing on large-scale US survey data, Wakefield and Wildeman found that the prison has become an institution which creates and reinforces deep social inequalities, increasing the risks of poor mental health, homelessness and infant mortality for children of an incarcerated parent[5].  While imprisonment rates in Scotland are not comparable with America’s “prison boom”, it is nonetheless clear that supporting a person in custody requires large investments of time, emotional support and financial resources from some of Scotland’s poorest families and communities.  Positioning families as a source of support to render prisons more “survivable” is therefore at odds with adopting a prevention focus or reducing wider health inequalities.

Health inequalities, therefore, cannot be addressed effectively until the harms of prison are addressed, and this includes taking into account Scotland’s high imprisonment rates in policy making and reform. This point also emphasises why we should never talk about prison as ‘being the best chance’ to deliver any public service. If the prison system operated adopted a Hippocratic oath, we would have strong doubts that it is achieving this.

[1] E.g. Michael Matheson: ‘However, factors outside of the control of the criminal justice system affect reoffending. The work of this group has found that reoffending is a complex social issue and there are well established links between persistent offending, poverty, homelessness, addiction and mental illness. When transitioning from custody to the community, gaps in access to vital support services and basic needs can hamper attempts to desist from offending’ http://www.nphn.scot.nhs.uk/wp-content/uploads/sites/9/2015/11/Ministerial-Group-on-OffenderReintegrationReport-2015.pdf